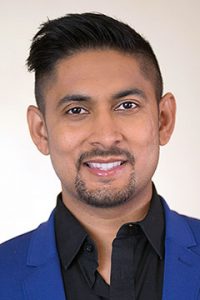 Dr. Aravind Kailas is the Advanced Technology Policy Director at Volvo Group, where he oversees policy development and public affairs initiatives to further Volvo’s interests in automation, connectivity, and electromobility. Dr. Kailas established Volvo’s satellite office in Southern California and manages the Group’s engagement in the state to grow the company reputation and influence. Dr. Kailas is also an Instructor at Cal State Long Beach, and has previously held positions at Charlotte, QUALCOMM, DOCOMO Innovations, and General Electric.

Author of over 100 publications and quoted in many media outlets, Dr. Kailas has served on several R&D and technology panels, and advisory boards of non-profit organizations. He has earned degrees in Applied Mathematics and Electrical and Computer Engineering from Wisconsin and Georgia Tech.