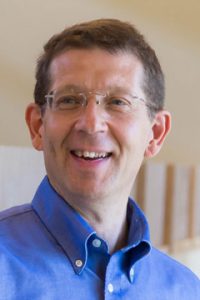 For thirty years, Jim King has worked to advance opportunity for the people and communities of Appalachia. In 1990 he moved to Appalachia to become one of the first staff members at Fahe. Since becoming President in 2000, Mr. King has led Fahe through a period of unprecedented growth in impact, lending, and territory. He pioneered collaborative model, bringing scale and performance driven change to nonprofits serving rural and remote communities. He established Fahe’s reputation as a national authority on Appalachia, rural issues, persistent poverty and collaborative impact.

Under Mr. King’s leadership, Fahe received numerous awards, including the Wachovia Wells Fargo NEXT Award for Opportunity Finance, and has been highlighted in multiple books and publications including “Forces For Good”.