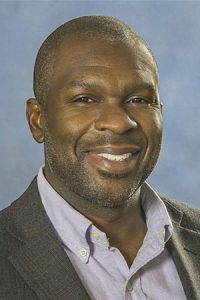 Maurice A. Henderson II serves as Senior Advisor in the Office of the Secretary. Henderson has served in leadership roles both domestically and internationally in the public and private sectors as well as on a number of political and advocacy campaigns. Most recently, Henderson was Senior Director of U.S. Government Partnerships at the transportation technology start-up, Bird Rides Inc.  Previously, Henderson served as a member of the Oregon Transportation Commission, North American Bikeshare Association (NABSA), Greenroads Foundation, and Forth Mobility. Whether in his time as an educator, in his roles in the public sector, advocating for working people under the banner of organized labor, or on the campaign trail for individuals and causes he supported, nearly his entire professional career has been spent working towards providing equitable access to opportunities, most recently through his work in the Smart Cities arena.

He has served in various capacities at the highest levels of the local and state government as well as in the transit industry. Those roles have included, working as the Chief Operating Officer for the Tri-County Metropolitan Transportation District of Oregon (TriMet) in Portland, he was Portland Mayor Ted Wheeler’s Chief of Staff, the Deputy Director at the Portland Bureau of Transportation (PBOT), the Chief Administrative Officer for the Technology office in Washington, DC, and as the Deputy Press Secretary for former Virginia Governor, now US Senator, Tim Kaine. His service has included members on a number of non-profit boards, currently including Forth Mobility, Greenroads, and the North American Bikeshare Association (NABSA). He is a member of the inaugural class for the Bloomberg Harvard City Leadership Initiative.