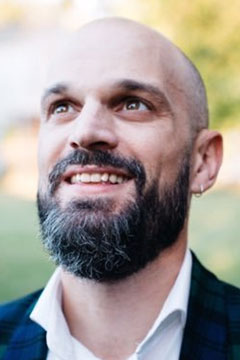 Scott Ogilvie works in the Planning and Urban Design Agency for the City of St. Louis. Prior to that he served on the St. Louis Board of Aldermen for eight years. While being a champion for active transportation, he passed a number of pieces of legislation to improve the city’s non-motorized ransportation amenities and policy. He also helped guide a number complete streets, traffic calming, and trail projects to completion. Outside of the transportation realm, he pased legislation limiting campaign donations in local elections, and participated in reform to the City’s tax incentive process. One of his proudest achievements was shepherding through the funding to resurface the badly deteriorated Penrose Park Velodrome, which reopened in 2019.